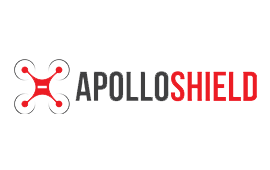 ApolloShield is the much needed solution to a growing problem that is becoming increasingly prominent in today's world. With the creation of drones comes the inevitable creation of another form of technology which must be regulated unless it is used by the wrong people. Unfortunately, it is all to easy for those with malintention to misuse the drone, and so ApolloShield's technology works to detect said drones and send them back to where they came from. This is a far more efficient and safe way to rid the skies of dangerous drones, without the use of lasers or guns.

The technology can distinguish between those drones which are meant to be in the skies, and those which are not, a unique feature which no other system has been able to achieve. However, as complicated as this technology sounds, it is very accessible and simple for the user, merely involving plugging a small unit with an antenna into both a power outlet and an internet connection, to provide access to the device's command center. The system will then detect the drone's radio signal and reprogram it to fly back to its pilot.