http://www.frontiercargroup.com Leading the digitization of the automotive sales sector through technology, infrastructure creation and the promotion of transportation financing solutions for SME and aspiring consumers in these frontier markets. 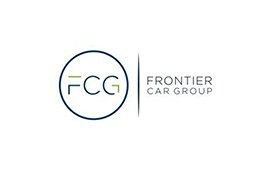 Emerging markets represent a huge stake of used-car market size across the world. These significantly large markets, combined with an opportunity to develop nations in terms of innovation, technology and access to capital, makes them perfectly placed to lead the digitization of the automotive sales sector.

Emerging markets have large, young populations who are increasingly adopting new technologies, upgrading their cars more frequently and who are more and more concerned about wasting their time with bureaucracy and inefficiencies. Frontier Car Group increases the efficiency of selling and buying cars through technology, infra-structure creation, access to capital and innovative business models.

Sujay, CEO, was most recently a partner at Kingsway Capital, a London-based emerging-markets focused fund. Prior to this he was on the founding team of Hired.com (a talent marketplace) as COO and VP of Business Development at Scopely. Sujay started studying at Harvard at 15, before leaving with a Thiel Fellowship. Sujay was named one of Forbes’ 30 under and one of Goldman Sachs’ top 100 intriguing entrepreneurs.

Peter previously worked within Kinnevik companies for 6 years (Millicom, MTG, Qliro Group, Rocket Internet). He oversaw the $195M investment into Rocket Internet and was a part of management teams in different roles for multiple small launch-stage and large ventures (3-150 MUSD revenues). He has been launching and setting up teams since he was 18.

André is a full stack developer (frontend & backend) with a strong background in both software and hardware solutions. Formally, he was the Director of Engineering for WKDA/Auto1 and has experience in both start-ups (Parku, Youtailor, Amerano) and corporates (Deutsche Telekom).