https://gensdeconfiance.com/uk/ GensDeConfiance is a classified posts board for trustworthy people 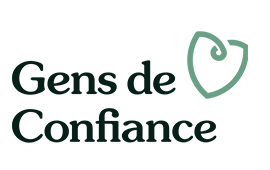 GensDeConfiance has a simple mission: to encourage more trust in society, on a large scale, which the founders believe is needed now more than ever.

GensDeConfiance is a classified ads site accessible by referral. It is free and is guaranteed to be scam free. Its strength comes from links that unite the network's members. Each GensDeConfiance member has been recommended by at least 3 other users. Essentially, every deal made can be comparable to making agreements with friends of friends.

If GensDeConfiance feel the need to remove someone from their secure network, their referral accounts are also removed. Therefore, not only do they ensure that only the most reliable of people can join, but every member is at all times accountable for their referrals.

Prior to founding GensDeConfiance, Enguerrand studied at Institut Nautique de Bretagne. Enthusiastic and sociable, Enguerrand takes good care of his team. He is married to Marie-Liesse, has four boys and lives in Nantes.

Nicolas holds a Master's in Mechanical Engineering from ENSAM. Following his graduation, he worked at Schlumberger, first as a Wireline Field Engineer, and secondly as a Manufacturing Engineer. He then became a Director at www.lesparrains.fr, before founding and becoming the CEO of 245friends, a Facebook refferal platform.

Ulric graduated from Heriot-Watt University with an M.A. in Business and Finance. Following a summer internship with Goldman Sachs, Ulric co founded 2 companies: Proximea, an equity crowdfunding platform, and Zenbus.