https://people.ai/ People.ai's product transforms your business data into solutions to directly increase Sales, Marketing, and Operations of your business. 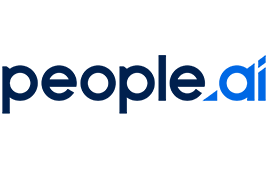 People.ai stands alone in its ability to harness business activity to unlock growth for its customers. They’ve been granted 40 US patents and have an additional 50 under review, which drive their SmartMatchTM, SmartContactTM, and SmartMapsTM technologies. They’re also ranked as a top company on the Y Combinator Top Companies list and the Forbes AI 50 list.

Oleg Rogynskyy  is the CEO and founder of People.ai, the leading ROI (Revenue Operations and Intelligence) platform. He is a native of Ukraine and moved to the US in the early 2000s, where he studied Business Administration, Political Science and International Relations at Boston University.

After graduating, he moved to Montreal, Canada, to join Nstein Technologies. In 2011 Oleg started his own company, Semantria, and after 3 years of rapid growth, successfully sold the company to Lexalytics and moved to Silicon Valley to found People.ai.

In early 2016 Oleg founded People.ai. Within 30 days of launching the company, it was accepted to Y Combinator. Since then, it has raised over $100 million in venture funding, with rounds led by Lightspeed Venture Partners, Andreessen Horowitz, and ICONIQ Capital. The company has over 150 employees in 3 different countries and is transforming enterprise SAAS with Revenue Operations and Intelligence (ROI).