https://www.xfers.com/sg/ Xfers is a Major Payment Institution approved by the Monetary Authority of Singapore for the provision of e-money issuance services. 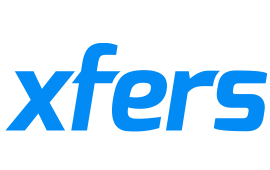 Founded in 2015, Xfers aims to accelerate financial access within Southeast Asia by enabling businesses to accept payments and send money. Xfers boasts a range of last-mile financial rails including the Xfers Send, Xfers Accept, Xfers Wallet, and StraitsX stablecoin. In Singapore, Xfers is a ​Major Payment Institution​ licensed by the Monetary Authority of Singapore for e-money issuance. In Indonesia, Xfers connects online businesses to a range of payment methods that include bank transfers, e-wallet, and offline channels such as agent banking networks and convenience stores.

TianWei Liu is the Co-founder and CEO of Xfers. TianWei keeps the company focused on the mission of accelerating financial access within Southeast Asia. Prior to co-founding Xfers, Tianwei worked for 2 years for Amazon Lab126 as a Software Development Engineer. He also held two positions at WIMM Labs (acquired by Google). Tianwei graduated from Stanford University and the National University of Singapore.

TianYao Liu is the Co-founder and Head of Business Development at Xfers. TianYao is no stranger to running start-ups and has had several tech gigs over the past 10 years. Prior to co-founding Xfers, TianYao was notable the CTO of Comaea AB, a Swedish SaaS start-up, where he expanded and ran the Singapore office.

Victor Liew is the Co-founder and CTO of Xfers. Victor’s role in the company is to manage and grow the engineering team at Xfers. He ensures that engineering efforts are aligned to the company’s vision of creating the trusted and open financial system in Southeast Asia. Prior to co-founding Xfers, Victor has taken on engineering positions at Credit Suisse and Quora. Victor was recognised by Forbes, 30 under 30 – Asia – for Enterprise Technology 2017.

Samson Leo is the Co-founder and Chief Legal Officer of Xfers. Samson’s external partners and stakeholders welcome his “collaborative mindset” and his ability to “construct workable solutions in challenging situations, and has successfully led complex contract negotiations that involve the management and alignment of interests from multiple stakeholders”. Samson has shown his “tenacity in dealing with legal, regulatory and financial-related challenges” and a “remarkable ability to manage legal and regulatory risks”. Samson led a cross-departmental working group to obtain a rare MAS approval for a widely accepted stored value facility in Singapore in 2019, and thereafter a Major Payment Institution licence in 2020. Samson’s compliance leadership was also recognised by having received two Singapore Police Force awards - 2018 and 2020 for Xfers’ role in fighting cybercrime.