https://www.advano.io/ Advano is offering a sustainable and scalable solution for lithium-ion batteries with higher energy density.

A startup backed by iPod designer Tony Fadell just emerged from stealth with $18.5 million to bring breakthrough batteries to market in massive quantities 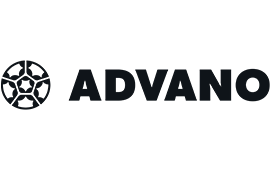 Advano has conquered the challenges of silicon to create A-SiFx(™) which is currently being used as an additive to improve energy storage of lithium-ion batteries, and in the long term will be used as a full replacement for graphite. By leveraging their ‘scale-first’ approach, Advano is on track to meet the demand and align with the unique requirements of blue chip battery manufacturers and tier one consumer electronics and automotive companies around the world.

Advano’s Chairman, CEO, and Founder, Alexander Girau, has over 14 years of experience working with chemicals, advanced nanomaterial processing, and energy storage. As a Ph.D. candidate in Chemical and Biomolecular Engineering at Tulane University, Girau specialized in manufacturing, processing, and characterization of nanostructure materials – specifically, silicon nanoparticles. It was in this program that Girau began the initial research and development of Advano’s technology before leaving Tulane to start the company.

Prior to launching Advano, Girau consulted as a chemical process engineer for several Fortune 500 companies and early-stage ventures. A New Orleans native, Girau completed his Master of Science degree in Chemical and Biomolecular Engineering at Tulane University, and his Bachelor of Science degree at Loyola University.