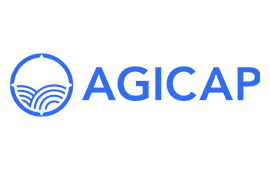 Founded in 2016 by three entrepreneurs from Lyon, Agicap develops and sells a SaaS platform for SMBs to manage and forecast their cash flows. Agicap allows business owners to build dynamic, reliable forecasts and have real-time visibility over their current and future cash position. This data, which can be easily shared with banks, makes it easier for SMBs to access financing options and reduces the risk of bankruptcy.

Agicap’s software gives small and medium-sized business owners real-time visibility over their cash via a simple, intuitive interface. By integrating not only bank account data but also data from accounting and factoring tools, CRMs, ERPs, and POS systems, Agicap offers an exhaustive, up-to-date view of a business’s cash position. The company has developed a proprietary classification technology that automatically categorizes inbound and outbound cash flows and generates base case forecasts. Both the labels Agicap’s system creates and the forecasts it produces can be fully customized, giving business owners complete control over how they monitor their cash and making the process of predicting future shortages less painful.

Prior to founding Agicap, Sebastien Beyet worked as a Senior Strategy Consultant for Ares and Company, following his graduation from CentraleSupélec with a degree in engineering.

Clement Mauguet has worked in many positions, including in Business Intelligence, Merger and Acquisition, Private Equity Analysis and Strategy Consultancy. He graduated from Ecole de Management de Lyon in 2013.

Lucas Bertola worked for several companies like Enedis and Thalès. He graduated from Supinfo, the international institute of information technology. At Agicap, he is the CTO and as such, he manages the developers' team.