Akeneo Named a Leader in IDC MarketScape on PIM 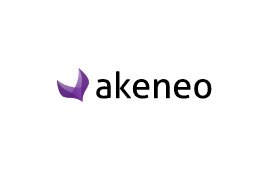 Akeneo was founded in 2013 with the idea that products are the most important assets in a company and that many merchants lack a tool to help them manage and leverage this crucial asset. Merchants needed a tool that was designed for marketers and flexible enough to be integrated with any third-party application.
Akeneo offers a PIM solution that enhances productivity by making teams more efficient and able to deliver high quality, accurate, and consistent product information. The result? Business benefits that any business will care about.
With 60,000 companies actively using their services, such as Sephore, Fossil, Shop.com and Auchan, Akeneo is the most used PIM solution in the world

Frédéric de Gombert is Co-Founder and CEO. Prior to founding Akeneo, Frédéric was the e-commerce director at Smile, the largest open source system integrator in Europe. Since then, he has become a proven expert in e-business and open source having helped some of the largest retailers in the world (Chantelle, The North Face, Nestlé, Decathlon, etc.) build their e-commerce strategy. When not leading the world’s most open and generally awesome PIM, Frédéric can be found exercising his passion for improv theater. And he loves David Bowie. Don’t say anything bad about David.
Nicolas Dupont is a Co-Founder and VP of Engineering. Prior to founding Akeneo, Nicolas was the technical manager for MyStore.ch, one of the largest private sales companies in Switzerland. Nicolas has many years of experience and a deep understanding of how to handle large and complex catalogs. In addition, he has an extensive knowledge base in integrating e-commerce applications with third-party applications like ERPs. Nicolas is also the master of the subtle arts of cooking exotic meals.
Benoit Jacquemont is a Co-Founder and CTO. Prior to founding Akeneo, Benoit was the CTO for Smile, the largest open source system integrator in Europe. He is an expert in complex web applications, having spent the last 5 years managing a team of 450+ open source developers and launching some of the largest European websites. In his time outside the office, Benoit shares with us his passion of building and flying model airplanes in Akeneo's park.
< Back Home