Who's winning the Cloud War? 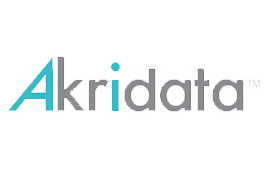 The company is building a software layer to optimize the data flow from edge to cloud from ingestion, filtering, storage, transport, and analytics. Akridata’s software allows to automatically filter and prepare the raw data coming from edge sensors to send only the most relevant data points to the cloud, to optimize and accelerate the training of deep learning models. As the volume of data captured by sensors is exploding (while bandwidth remains constant), it is no longer possible/efficient to send all this raw data in the cloud to train AI models. Therefore, two things must happen to prevent costly traffic congestion: moving a chunk of the compute directly at the edge and streamlining the data flows between edge data and cloud to allow faster development of better AI algorithms.

Akridata was founded by Kumar Ganapathy and Sanjay Pichaiah.

Kumar holds a PhD from the University of Illinois, and started his career as an Engineer at Rockwell Semiconductor. His entrepreneurial spirit evidently began at a young age, as in 1999, Kumar founded VxTel which was acquired by Intel for $550M. He then worked in various positions in several companies, before co-founding his second company, Virident, which was successfully acquired by HGST for $685M. Following the companies acquisition, Kumar worked for 2 years for HGST as VP in Products and Strategy. In 2016, Kumar went on to found Enterprise Labs, and has worked in various positions in the company.

Sanjay graduated from Cornell University, and has since had a long an impressive career history. Like Kumar, Sanjay also founded his own company at an early stage of his career, with the creation of Sanky Software Ltd. He then worked as a Senior Design Engineer, an Associate, an Investment Banker and various other positions. He has been a Board Observer for 4INFO, Redwood Systems, Location Labs, Kaltura and Metromile. He is currently a Partner of Enterprise Labs, and works in Business Development for Akridata.