https://www.ava.me/ Ava is an app that allows 400,000 deaf and hard of hearing people to participate and be included in group conversations, in everyday life.

Interview of Thibault Duchemin, CEO and co-founder at Ava

Ava expands its AI captioning to desktop and web apps, and raises $4.5M to scale 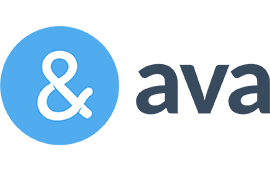 Ava is the solution to arguably the biggest problem that deaf and hard-of-hearing people face in their every day lives: following conversations. With so many dialogues going on simultaneously, it can be so exhausting and draining for those with hearing impairments to follow every conversation, and so Ava have developed an application that ensures this problem is eradicated. Ava creates live subtitles that are clear and easy to follow, making the conversation more accessible for everyone.

Ava uses artificial intelligence to instantly show what others are saying, be that in a social, professional or any other envirionment. Ava was created out of a mutual frustration about the 360 million people who are being denied full access to their social and professional lives. The small team is comprised of those who know people who are hard of hearing or deaf, and those who are part of the 360 million themselves,  allowing the company to be influenced by various perspectives and personal experiences that strengthens the conscientious nature of the company

Thibault Duchemin, Pieter Doevendans and Skinner Cheng are the three co-founders of Ava.

Thibault Duchemin grew up in a deaf family, himself being the only one with the ability to hear. A native Parisian, Duchemin graduated with a Master's degree in engineering from the University of California - Berkeley.

Pieter Doevendans recognises the fantastic opportunities he was blessed with growing up, and as a result wants to provide those who do not find the world accessible like he did, a chance to feel totally included. Doevendans also studied at Berkeley, but outside of his professional life, he is passionate about developing himself spiritually, engaging in activities such as hiking or biking trips, and meeting inspiring people around him.

Skinner Cheng has a long history in IT, working in software, information and outsourcing engineering. His role at Ava is to develop the front and back end of the app, to ensure that their mission of granting accessibility to all is achieved.