https://energysquare.co/ Energysquare is developing the next standard for wireless charging 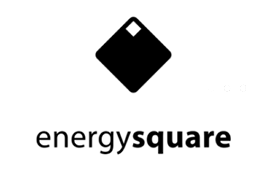 Energysquare, a French company founded in 2015, is developing the new wireless charging technology "Power by Contact". Unlike inductive charging technologies on the market, Power by Contact allows the wireless charging of several devices simultaneously, at the same speed as a conventional charger, at high power and without energy loss. The company, which has a large portfolio of international patents developed with France Brevets, sells licenses of this French technology to international electronic device manufacturers.

Unlike the induction charging solutions currently on the market, Power by Contact, operating by conduction, is a concentrate of advanced microelectronics and algorithms that allow users to charge all their devices simultaneously on a single surface, at maximum speed, without electromagnetic waves. This has many advantages for users: no interference, no overheating, no energy loss. In addition, Power by Contact is the first technology that allows any laptop to be charged wirelessly.

Daniel co-founded energysquare following his graduation from Telecom ParisTech, which he left with a degree in Engineering, Business, Embedded Systems and Robotics. Prior, Daniel studied at the National University of Singapore, where he achieved a M.Sc.

Matthieu graduated from Strate - Ecole de Design with a Master of Industrial Design, before  becoming a Consultant Engineer for Altran, where he world for Dassault Aviation as an industrial designer in an innovation team.

Timothee, like Daniel, also graduated from both Telecom ParisTech and the National University of Singapore, at which he achieved an engineering degree and a M.Sc. respectively.