https://www.holbertonschool.com/ Holberton School is a project-based college alternative for the next generation of software engineers

Priyanka Chopra-Jonas Joins The Holberton School As An Investor 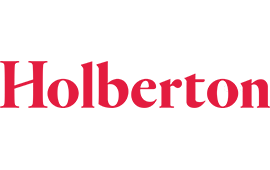 Holberton School is an alternative to college training full-stack software engineers. Through project-based and peer learning, Holberton students unleash their creativity and learn naturally how to work as a team to solve practical challenges.

Holberton School's selection process is based only on talent and motivation. Its automated admissions process is completely "blind" to remove human biases. It was created specifically to identify smart, motivated people and doesn't take into account previous education, work experience, gender, ethnicity, or age. There's also no cost to apply, no upfront tuition fees.

In 2022, Holberton School was acquired by African Leadership Group.

Holberton School was founded in San Francisco by Sylvain Kalache and Julien Barbier to solve a problem they observed all over the tech world. They had noticed aspiring software engineers would devote years to studying, sometimes accumulating over a hundred thousand dollars of student debt, and would still not have the skills necessary to find a job in software engineering.

Sylvain and Julien decided to build a new school; one that taught students to think and learn like the best programmers, one that helped students develop soft skills to get them noticed in interviews and throughout their careers, and one with a curriculum developed to give students practical experience through a Full-Stack engineering program.