http://www.idecsi.com IDECSI is a cybersecurity company that protects your sensitive accounts. 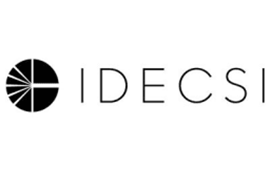 French cybersecurity startup IDECSI has conceived an innovative solution to simply and effectively protect messaging within sensitive accounts (executives, top management, VIPs...). Developed according to a radically new technological approach, it combines machine learning, behaviour analysis and big data.
Today, IDECSI proposes a complete offer to protect all key company resources and applications (messaging, Sharepoint, EDM, Office 365, and even specific applications). A flash audit function also allows you to check the integrity of any corporate user account with a single click.
IDECSI now has many customers in all business sectors, and has been deployed both in France and internationally, including 15 Fortune 500 companies and most of the CAC40 companies.

Idecsi was founded in Paris in 2011 by Daniel Rezlan and Daniel Benabou who were also instrumental in creating Vente-Privée. They set up Idecsi to deliver the specialized service of CEO email privacy.

Daniel Rezlan, from 2008 to 2011, was a member of Vente-Privee.com, an Executive Committee and internet pure player that generated 1 billion euros in turnover. He first held the position of CIO and then as General Manager of Digital Commerce Factory, a subsidiary of Vente-Privee.com, where he was in charge of e-commerce service delegations. From 1999 to 2008, Daniel co-founded and worked as the General Manager of Adex group, an IT services company specializied in new technologies, which was ranked in the French IT services company top 100. Adex group was sold to Aubay Group in 2010 after 11 years of continuous profit.

Daniel Beabou studied marketing and management at Ecole Supérieure d'Administration des Entreprises in Paris, before working for Groupe l'Etudiant. Then, for 8 years, Daniel worked first as President then as Director of Vente-Privee.