https://www.na-kd.com NA-KD is a global online fashion player that also sells through pop up stores.

Swedish fashion startup NA-KD closes its Series B round at €65 million, with the extra €20 million for localisation 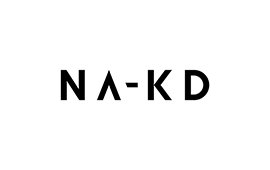 NA-KD’s website launched in January 2016 and established itself as a reference point for global fashion. The NA-KD brand is one of the fastest-growing on social media and has earned over 3M global followers on Instagram. The majority of sales come from NA-KD.com and through its own brands, such as NA-KD Trend and NA-KD Boho, both designed in-house. NA-KD products are also available in over 300 retailers across the globe and are listed on Zalando.

At NA-KD, you will find the most passionate and talented employees in the industry, with years of expertise in both fast and high fashion. The company was created in 2015, and have since collaborated with and have been seen on the hottest influencers and celebrities globally.

NA-KD believe that their customer is everything, pushing the boundaries daily with their social media content and art direction. They are dedicated to breaking the mold, and to showing their followers what it means to be unique and to stand out from the crowd.

In November 2019, NA-KD announced climate compensation for all customer deliveries and returns. “Sustainability is a key part of our mission and an integral part of our future business,” said founder and CEO Jarno Vanhatapio.

Jarno Vanhatapio has a broad experience of online fashion as he previously founded Nelly.com (2003), which soon became the leading e-tailer in fashion in the Nordics and one of the biggest fashion e-commerce sites in Northern Europe with sales exceeding $180m in 2015, and Zoozoo.com (2013), which was the second biggest pet food supplier online in Sweden after only 2 years. In 2010, he was nominated for the Ernst & Young Entrepreneur of the Year award. In 2012, he received the Soderbergska Handelspriset from the Swedish Retail & Commerce association, the biggest individual prize in Nordic retail. Jarno is also a Module Leader at Hyper Island, since January 2011.