http://www.pushdoctor.co.uk The future of healthcare

Push Doctor, an app that lets you video call a doctor, raises $26.1M Series B

The doctor will see you now. But it won’t be face-to-face as telemedicine becomes the new normal 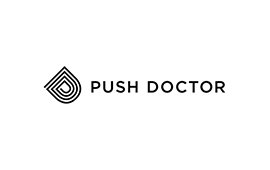 Push Doctor offers access to GPs entirely on the patient's terms. Patients are able to book an appointment online with over 7,000 registered and qualified doctors and be seen whenever suits them.

Via video, the general practitioner can do practically anything that they would be able to do at a face-to-face consultation: issue prescriptions, referrals, sick notes etc., anything that doesn't involve a physical examination. Just like in a traditional consultation, you will discuss your symptoms, medical history and any other details you want to make the doctor aware of.

Since formally launching in 2015, Push Doctor has gone from strength to strength – gaining three rounds of investment in its first two years, a 'good' rating from the CQC in their most recent inspection, and enabling the NHS to offer video consultations to patients for the first time.

Long story short, they have continually pushed the envelope in digital healthcare, and they aren't planning on stopping any time soon.

Founded in 2013 and live to patients since 2015, Push Doctor was the brainchild of Eren Ozagir and Matt Elcock. After falling ill on a business trip, it didn't make sense that Eren would have to wait until he was back home to see a doctor. None of his symptoms required a physical examination, so why couldn't he speak to a GP over video? With that flash of inspiration, Push Doctor was born.

Matt, Co-Founder and CTO, previously worked as a Senior Manager for the Europe Stores IT at Gap. He studied Computing at the University of Wolverhampton.

Eren, Co-Founder, was previously the CCO/CMO at MusicMagpie and a Commercial Director at Music Zone. He studied at he university of Leeds.