From Seed round to Exit in 3.5 years: an exhilarating investor journey with Deep Tech portfolio company Streamroot

Partech leads the $2.5M seed round for Streamroot 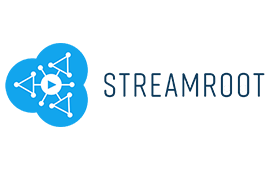 Streamroot is a market leader in innovative OTT video optimization technologies for content publishers, network service providers and enterprise customers. Streamroot is tackling one of the largest digital challenges we are facing: the explosion of video traffic. Their goal is to revolutionize the way videos are delivered online, to create more robust, cost-effective infrastructures, and to touch millions of internet users by bringing quality video to every corner of the world. No plug-ins, less buffering, lower cost but higher quality, Streamroot’s seamless streaming solutions revolutionize the experience for viewer and provider alike.
Streamroot DNA is their core technology. It is a crucial foundation for building profitable over-the-top video strategies. An Infrastructure as a Service solution, Streamroot DNA™ harnesses the power of distributed delivery networks to heighten QoE and drastically cut delivery cost.
This unique technology works by creating a secure mesh network to dynamically and intelligently deliver video streams from the quickest source available, whether it be a user device or a traditional CDN. By multi-sourcing content delivery, Streamroot DNA offers viewers lightening-quick streams of higher quality, while providing infinite scale-up potential for the content provider. Priced under a fixed-subscription model, Streamroot DNA™ cuts delivery expenses by between 55 and 85%, helping publishers scale their platforms profitably.
Streamroot serves high-profile media groups including DailyMotion, Canal+ and Eurosport, enhancing the quality of experience for over 5 million viewers every day.
In 2019, Streamroot was acquired by CenturyLink.

Axel studied at Ecole Centrale de Paris, from which he graduated with a Master's degree in Engineering. Following an internship with Florida Atlantic University, Axel started his career as a software developer at Troboalecole in 2012. He then founded Bandsquare, a unique platform to help you to discover unusual indie concerts, before founding his second company, Streamroot, of which he was the CTO before the company's acquisition, after which Axel became a Vice President of CenturyLink.

Nikolay also studied at Ecole Centrale de Paris, while also working various positions including Entrepreneur at Rocket Internet SE and Junior Auditor at EY. Nikolay started his journey after his studies by founding Incave Innovations, a company for which he worked until December of 2014. He then co-founded Streamroot, and has since become VP of Operations and Content Delivery Services at CenturyLink

Like his two colleagues and co-founders, Pierre also studied at Ecole Centrale Paris and now holds a Master of Science. He became the CEO of Streamroot, before becoming VP of Product of CenturyLink.