This year at Partech and throughout the world, we were asked to spend our time at home to protect ourselves and others. However, this did not stop us from picking up new hobbies or spending more time doing the things we loved before like reading!
Throughout the year we asked our team to share their favorite books for our Newsletter: whether they be business, biography, or just some classical literature, they are always valuable to our entrepreneurs and our wider community of investors and tech lovers.
Here is our list and a short message of inspiration as to why you should read these books to make your 2021 that bit better. 🍀
Happy reading and happy holiday season 🎄 from all the Partech team!
Business & Company Culture 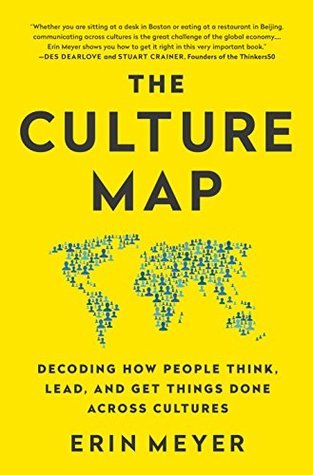 The Culture Map: Breaking Through the Invisible Boundaries of Global Business, by Erin Meyer
Recommended by: Emmanuel Delaveau
Why? Meyer is an international business expert who, through this book, offers an insightful and practical guide to understanding and navigating cultural differences that are evidently present throughout business. The guide delves into the differences in culture that are often barriers to business, and explains comprehensively the different outlooks employees have on various aspects of business such as trust within the company and scheduling so that rather than distancing ourselves from those who do not share our cultural views, we can learn from each other. 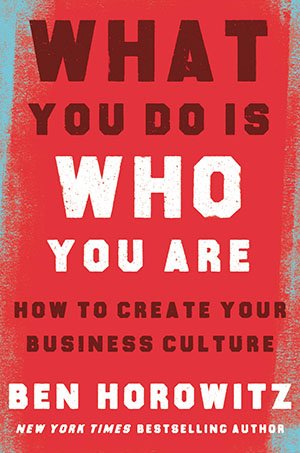 What You Do Is Who You Are, by Ben Horowitz
Recommended by: Jean Sini
Why? The book discusses well researched case studies not merely on leadership, but on building long lasting cultures. Horowitz, digging into the cultures spearheaded by such unexpected leaders as Haiti’s Toussaint Louverture, the Japanese Samurai, Genghis Khan, and ex-convict Shaka Senghor, showcases the traits that leaders must embody to successfully shape cultures.
Critical Thinking/Tactics 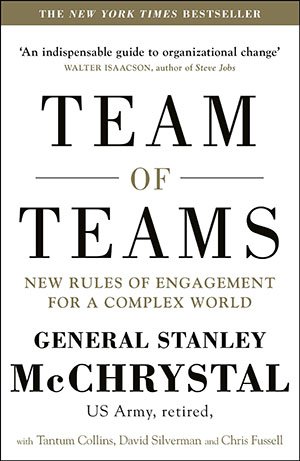 Team of Teams, by Stanley McChrystal
Recommended by: Omri Benayoun
Why? The temptation to lead as a chess master, controlling each move of the organization, must give way to an appproach as a gardener, enabling rather than directing. A gardening approach to leadership is anything but passive. The Leader acts an “Eyes-on, Hands-off” enable who creates and maintains an ecosystem in which the organization operates. 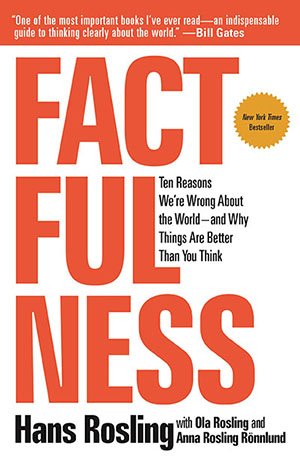 Factfulness: Ten Reasons We’re Wrong About the World — and Why Things Are Better Than You Think, by Hans Rosling
Recommended by: Jacob Claerhout
Why? Factfulness is described by Bill Gates as “one of the most educational books I’ve ever read”. It showcases the merit of basing one’s opinions and decisions on facts and figures rather than on emotions and preconceived ideas. This book will help you steer clear from 10 ‘instincts’ which go against good judgment. This becomes especially important in the current climate, where these wrong instincts can slip into your crisis decision making.
Leadership 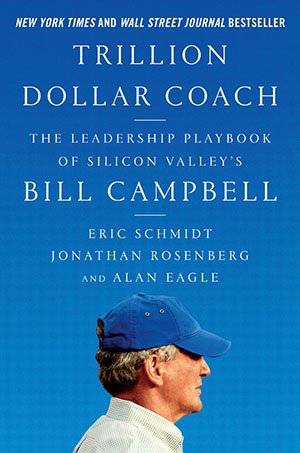 Trillion Dollar Coach: The Leadership Playbook of Silicon Valley’s Bill Campbell, by Eric Schmidt
Recommended by: Réza Malekzadeh
Why? Bill Campbell was a football coach turned software executive. He had a great career and then became coach to some of the most influential people in Silicon Valley — among those were Google executives and notably Steve Jobs. The book explains the process and methods which helped shape a number of things in those important companies. In particular, he took coaching to a team level, and not just an individual level. It is also critical to note that he was never paid for any of it so he truly cared and gave his all. There are great lessons to be learned in this book.
Silicon Valley Life 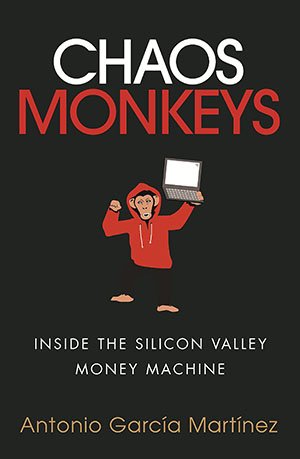 Chaos Monkeys, by Antonio Garcia Martinez
Recommended by: Réza Malekzadeh
Why? Martínez is a New York Times best-selling author, tech entrepreneur, former product manager for Facebook and the CEO-founder of AdGrok. This book recalls life inside the Silicon Valley working at both Facebook and Twitter. Réza believes it offers compelling insight into how to make it in start-ups and digital marketing.
Digital Revolution 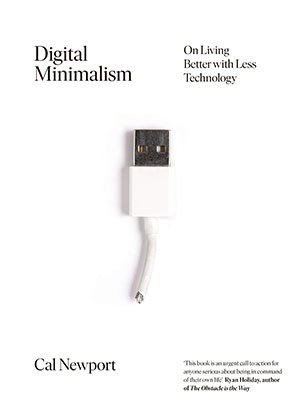 Digital Minimalism, by Cal Newport
Recommended by: Jean Sini
Why? I found Cal Newport’s Digital Minimalism to be particularly relevant in our time of confinement, where many of us depend even more than usual on technology, both for our work and personal lives. The author does a great job outlining an actionable path to reclaiming agency from our devices and our apps, as well as the consequences of constant online activity in terms of anxiety and depression, particularly for generations native to ubiquitous smart phone access.
Politics and Internation Relations 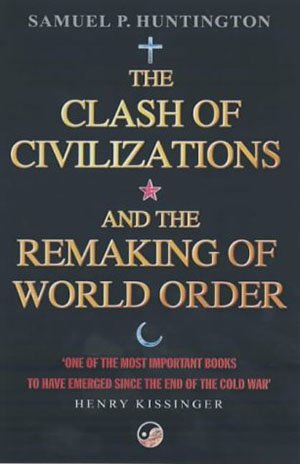 The Clash of Civilizations and Remaking of the World Order, by Samuel Huntington
Recommended by: Leon Ge
Why? Needless to say, the book touches upon rather political and controversial topics, but it appears to be a rather opportune read under the current context and reminds all of us that we should never take what we had for granted and that prosperity and peace takes tremendous work and understanding from each other.
Fiction and Classic Literature
Fiction and Classic Literature 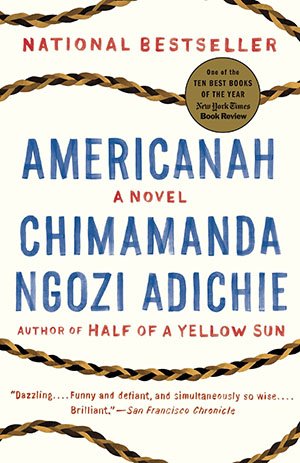 Americanah, by Chimanmanda Ngozi Adichie
Recommended by: Isabelle Tresson
Why? Americanah is a good summer reading as it is indeed a love story of two Nigerian childhood sweethearts, but it also rises very interesting questions of cultures, about being Black in the USA as a non-American, being a working woman in Nigeria, a young Nigerian in the UK. A brilliant book about identity and the immigrant’s quest: self-invention or how to find one self.
Cien anos de soledad, by Gabriel García Márquez 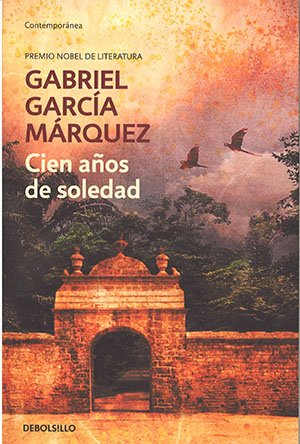 Recommended by: Jean-Marc Patouillaud
Why? I love this award-winning literary classic as it chronicles seven generations of the Buendía Family, offering a fascinating insight into Latin American history. Márquez’s distinctive magical realist style makes this book one of the important books in Latin American Literature and it played a key part in the literary boom in the 1960s and 70s.
Le Rivage des syrtes, by Julien Gracq 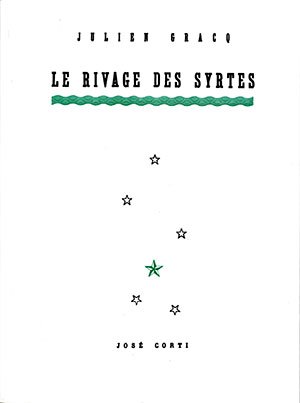 Recommended by: Guillaume Nordlinger
Why? It is one of the most beautifully written novels of French literature. It is a novel of waiting between two countries at war, although no fighting has taken place for decades, there is an uneasy, de facto peace. The main character, Aldo, is sent as an “observer” to the isolated fortress, he slowly becomes obsessed with the unseen border and starts entertaining the thought of crossing it, even if that leads to a resuming of hostilities and the possible collapse of his own civilization.
Mermoz, byJoseph Kessel 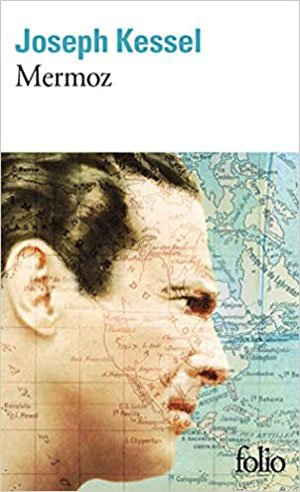 Recommended by: Jean-Marc Patouillaud
Why? Legendary journalist Joseph Kessel tells the fascinating story of aero pioneer Jean Mermoz who opened the airways of Western Africa, South Atlantic, South America and the Andes to the infamous Aeropostale.
***
To receive reading suggestions directly in your mailboxes, subscribe to our newsletter now! ✅
< Back to News