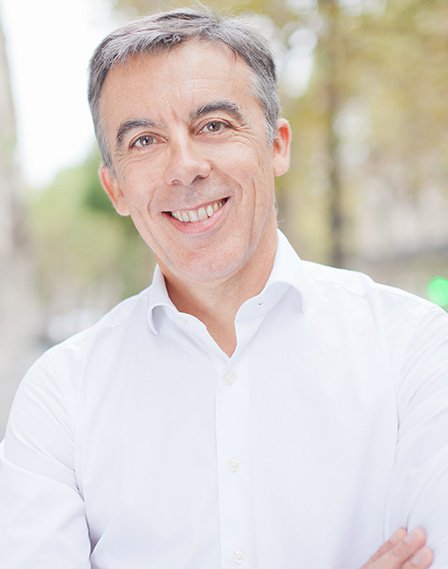 Bruno Crémel is General Partner at Partech, responsible for the Growth fund. He joined in May 2014.

He currently sits on the boards of Evaneos, Exporo, Made.com, M-Files, Rouje, and SendinBlue.

Prior to this, Bruno was CEO of Darty France, the leading electricals retailer (EUR 2.8B revenue, 196 stores, #1 e-commerce website for white products).

From 2006 to 2012, he was General Partner and executive board member at LBO France.

From 1998 to 2006, Bruno held different senior executive positions at worldwide retail leader Kering (former PPR Group – market cap. EUR 20B+), first as CEO of PPR Interactive and member of the PPR Executive Board, then as CEO of FNAC France, a major cultural, leisure and technological retail firm of the PPR group with a EUR 3B revenue.

He started his career as a high-level civil servant at the Ministry of Economy, managing the privatization of various banks and public insurance companies in the late 90’s before being appointed Chief of staff of the Minister of Economy and Finance (Laurent Fabius) for 2 years.

Bruno holds a Master’s degree in Sciences from the Ecole Centrale de Paris, he graduated from the Institut d’Etudes Politiques de Paris and is an alumunus of the elite post graduate Ecole Nationale d’Administration (Inspection Générale des Finances).

He has four children. He runs marathons regularly and enjoys many other outdoor sporting activities including skiing and sailing.