Op-ed: The hyperloop will revolutionize transportation in the post-coronavirus world

Op-ed: The hyperloop will revolutionize transportation in the post-coronavirus world 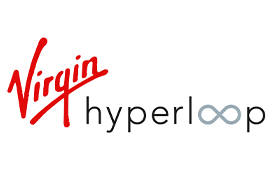 Hyperloop is a new mode of transportation that moves freight and people quickly, safely, on-demand and direct from origin to destination. Passengers or cargo are loaded into the hyperloop vehicle and accelerate gradually via electric propulsion through a low-pressure tube. The vehicle floats above the track using magnetic levitation and glides at airline speeds for long distances due to ultra-low aerodynamic drag. Virgin Hyperloop systems will be built on columns or tunneled below ground to avoid dangerous grade crossings and wildlife. It’s fully autonomous and enclosed, eliminating pilot error and weather hazards. It’s safe and clean, with no direct carbon emissions. Hyperloop is additive to existing forms of transportation and will integrate seamlessly with the transport ecosystem.

There are four key differences between Hyperloop and other similar projects. It’s faster, as in two to three times faster than the fastest high-speed rail. It’s on-demand and direct. Trains follow a schedule and typically have multiple stops. Hyperloop leaves when you’re ready to go, and pods can depart up to several times per minute and can transport passengers and cargo direct to their destination with no stops along the way. It’s environmentally friendly, with a smaller environmental impact, more efficient energy consumption and no direct emissions or noise. It’s less expensive and different technology: High-speed rail and traditional maglev trains require power along the entire track. As a result, the track costs more to build and more to operate. Virgin Hyperloop achieves better performance for less cost.

On November 8th 2020, Hyperloop completed its first test with human passengers around its test track in Las Vegas, hitting speeds of up to 100mph. This is a major milestone in its development and brings it one step closer to commercializing hyperloop technology.

Josh Giegel is the CTO and Co-Founder of Virgin Hyperloop where he is leading a world-class team of engineers making the hyperloop a reality. Previously, at SpaceX, Josh developed the world’s first reusable rockets and led the successful testing of six different rocket engines. From the final frontier to the horizon right here on the ground, Josh shifted his focus to power the earth with revolutionary waste heat-to-power energy technology, leading research activities at Echogen Power Systems. Josh received an MS in Mechanical Engineering from Stanford University where he was a Graduate Engineering Fellow. He holds a BSME from Penn State University where he graduated with honors and was first in his class.

Jay Walder is CEO of Virgin Hyperloop and comes with a wealth of experience in executive roles. After graduating from both Binghampton University and Havard Kennedy School, Jay started out lecturing in Public Policy at Havard Kennedy. After leaving this role in 2001, he started at his first of 3 roles in transport, as Managing Director of Transport for London. Since then, he has been CEO of New York Metropolitan Transport Authority and MTR in Hong Kong. Directly before joining Jay spent 4 years as CEO of Motivate International, North America's largest bike share operator. In 2018, Jay joined Hyperloop and it has gone from strength to strength under his leadership.